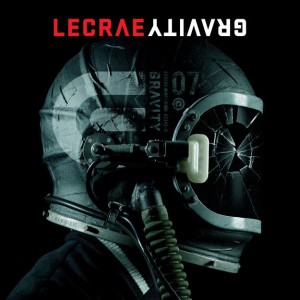 I only heard about Lecrae about a month or so ago when I heard the fourth single off of Gravity which was ‘Mayday’ with Ashthon Jones and Big K.R.I.T. Needless to say, I loved it and when I found out that he had an album coming out I had to check it out because I love Christian music but its very rare for me to like songs that are outside of what we are used to. As a Christian hip-hop artist,  Lecrae delivers the same message you get when you listen to the traditional Christian music just in a different way and it works so well. I had to hear more.

The album was released on September 4 and was well received as it debuted at No 3 on the Billboard 200 in its first week  of sales. It took me a while to get around to listening to it unfortunately but when I did it was surely a treat.

In an interview Lecrae said concerning the theme of the album, “Gravity is loosely based on Ecclesiastes, and I think what Solomon was trying to do was bring some weight to life, and that’s really what I want to do, to paint some sober pictures.”

I got my hands on the Itunes Deluxe version which has 18 tracks instead of the 15 on the original version of the album. Most if not all of the songs are really good and what I like about the album is that the material is very mainstream. That is a good thing because it’s a Christian rap album and usually that stays within the Christian circle but Lecrae has been able to move beyond that circle and infiltrate others who may need the message more than the usual fan base.

For me, this album covers all genres. It isn’t just a hip hop album. He can get an audience from everywhere for example in one song I heard a Caribbean dancehall vibe and in another I heard a bit of pop and being a person with an such an eclectic taste in music, I thoroughly enjoyed it.

From the get go, I’m intrigued when I hear the first track ‘The Drop’. It’s a dramatic beginning as he introduces the listener to the album and he says:

Eaten for breakfast, talkin’ reckless ,boy I know the chef
You don’t want he’s cookin’, it’s not easy to stomach
And your words will be eaten, folks’ll be readin’ yo’ vomit
The recipe for disaster asks for blasphemy
And as for me, ask for me, I give you gravity

The violins in this track are amazing and it ends beautifully with a wicked guitar solo.

Another song that grabbed my attention was ‘Violence’. This is the song I am referring to when I talked about the Caribbean dancehall vibe. It’s a powerful track with some powerful lyrics.

Grew up under Tupac: bible verse and two glocks
Say we ready to die, see a ghetto in the sky
Couldn’t be more wrong than right shoes on the left feet
Highway to hell and we fighting for the best seat

One song that reminded me of a hymn was ‘Lucky Ones’ with R&B artist Rudy Currence whose voice was so soothing. It reminds us that while we sin, we have a Lord who forgives us, takes our pain away and for that we are truly the lucky ones.

I really can go on and on about this album which I give an A grade but don’t take my word for it. Support the artist and buy his album on Itunes.