Well if the reports are true, she should be called Mrs Al Mana since she apparently secretly married Qatari billionaire Wissam Al Mana last year.

Anyway, I felt the urge to write this as there have been several comments to reports that since marrying Mr Al Mana, Janet has converted to Islam and has decided to end her career. Now, this has not been confirmed by Janet, however, as a fan of her music I just thought I should add my two cents on the topic as many are calling for her to reconsider this decision.

If the reports are true, I support her 100 percent. The woman has been giving us music since 1982, if she thinks it is time to stop and fully settle and give her all to her husband then that is her choice. We have enough music from her to last a lifetime. Now I’m not saying I don’t want more music from her but if she wants to stop, I’m fine with that. 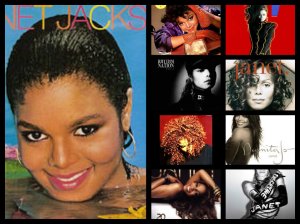 Those are all the albums she has given us over the years. Nine of them with six amazing tours, who can be mad at Janet if she wants to stop now?

I would love to share all the songs I love from her but that could take a while so here are just a few.

What are your favourite songs from Janet Jackson? Comment below and let me know.