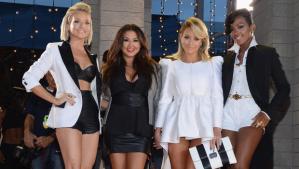 When I heard that Danity Kane was back, I was so happy because when they broke up in 2009, I was disappointed. I really enjoyed the music they put out and I enjoyed watching them grow on MTV’s reality series Making the Band in 2005.

The ladies teased us with their random tweets, a day before the MTV VMA’s last weekend and then promotional pictures started appearing like this one 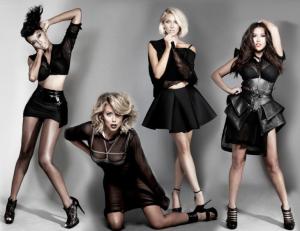 The original group was made up of five women Dawn, Aubrey, Shannon, Aundrea and D. Woods, however, this time it is only four. From what I read, D. Woods is working on another project that is clashing with the reunion. In a statement, she said if the opportunity presented itself she would be open to recording with the group again. So maybe we will see her back with the group sometime in the near future.

The quartet already has confirmed that they have a single soon to be released, entitled ‘Rage’.
In an interview on the VMA red carpet, Andrea said they are ready to pick up from where they left off and they missed doing music together.
On their new sound, Dawn said fans are going to see a new side of the group, as their music would feature a live sound, more of a “rock” vibe.
All of the girls have since launched their solo career and have released their music including Dawn who is working on a third album. However, the girls assure their fans, that their focus would be on DK.
I am excited to see what new they are bringing to the table. In the meantime, I’ll continue to enjoy my DK favourites.
Listen and enjoy