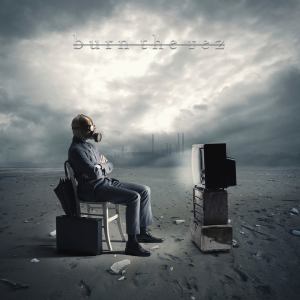 I’m just loving all the bands that are emerging right now and the music they are putting out there.

The album I’m reviewing is self-titled from a two man band/studio project called Burn the Rez.

After listening to the 12 track album for the last few weeks, I must say it is well put together, excellently produced and if more people hear this, they are going to become fans of the band instantly. While listening, I picked up a style similar to Puddle of Mud and Daughtry.

Besides Isla La Bonita, I had a few more favourites.

#4 ‘Odd Behavior’ – This song is slow and steady and it’s one that can definitely get a lot of mainstream attention.

#6 ‘Anymore’ – The instruments used in this makes this one great track, especially those strings that tied in perfectly with very strong vocals.

#7 ‘Before It’s Gone’ – I absolutely loved this track, from the music to the lyrics. I can’t get enough of this song.

#12 ‘Absolute’ – This track is so powerful and it’s a great way to end the album. It makes you want to listen to the entire thing all over again. Thank goodness for the repeat button!

Support the band and purchase their album here