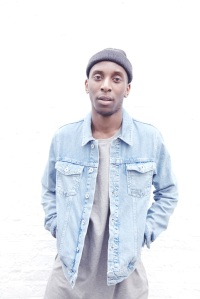 The EP’s opening track ‘Temptations’ is an infectious, dreamy beginning to ‘The Sound Experiment’ journey – featuring some spoken word/rap from Samm. ‘Autonomy (Slave)’ introduces the raw emotion and power of Henshaw’s vocal ability, a call-to-arms that screams promise for live shows and festival stages with its gospel swells and uplifting melodies, whilst ‘Only Wanna Be With You’ and ‘Redemption’ are more stripped back, soulful affairs. ‘Better’ is a slow building ballad that channels Henshaw’s warm tones with his distinctive husk, complimented by falsetto backing vocals making it another standout track on the EP. Ending with the funky ’Everything’, the project concludes with the same powerful gusto as it started, a cohesion of sound and concept in a debut release set to be genre defining in its own right.

In conjunction with the release of his first EP Samm will embark on his debut headline UK tour. In one busy week, he’ll be hitting up five of the coolest venues for upcoming artists in the UK. Beginning at London’s Cargo, Samm will play at Community London, a three day and night music festival in East London, focused on shining a light on the cutting edge of new musical talent. From there he will then travel to Start The Bus in Bristol, The Temple at the Institute in Birmingham, Manchester’s The Deaf Institute, and finish off up in Scotland, at Stereo in Glasgow. Don’t miss this chance to catch one of the UK’s most talented new artists as he begins what will undoubtedly be the first of many headline tours.

Tickets for all shows are on sale now

While you wait to see him live, listen to the second song off the EP, ‘Autonomy’ (Slave)  below